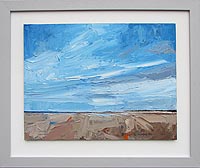 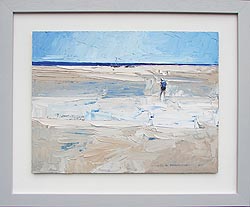 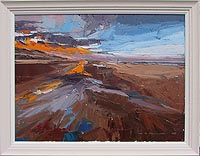 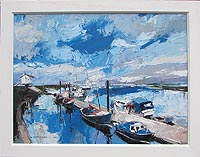 Wells next the Sea
• 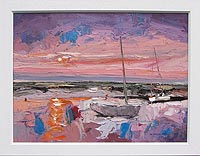 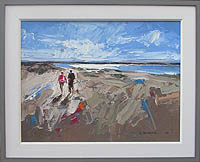 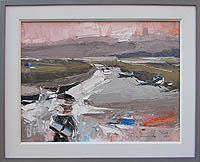 Born in Lagos Nigeria, Daniel Gbenga Orimoloye graduated with a major in painting from the School of Art, Design and Printing, Yaba College of Technology, Lagos Nigeria in 1991.
After working as a lecturer in drawing and painting at the same institution, and some private studio practice, he relocated to the United Kingdom with his wife in 1997.

Working mainly in oil, gouache, watercolour, acrylic and terracotta, his art is mainly representational, covering landscapes and many other genres, including, as he says, “realities which have a way of standing as allegories of life and man’s inherent transient nature”.

Daniel is a well collected artist whose work is featured in many private and public collections around the world. Two of his works appear in the McDougal Littell Literature hardback (ISBN-13:978-0618-98379-7 orISBN-10: 0-618-98379-1), published in the United States.

He has had many solo-exhibitions to date and has since 1989, featured in several group exhibitions in countries such as Nigeria, the United Kingdom, Tunisia, Canada and the United States, the most recent being the International Monetary Fund (IMF) Winter Art Exhibition, February 2012 at the IMF, Washington DC.

Daniel has won many awards including the Academy Press Award for excellence in painting, the Lagos State Council for Art and Culture open Painting competition, the Tower Aluminium Art Exhibition Award and the Lintas Award for best final year art student.