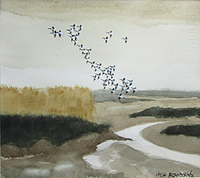 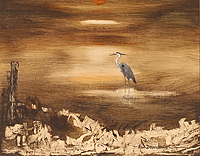 Hugh Brandon-Cox
Heron in the Garden 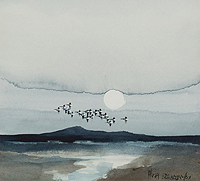 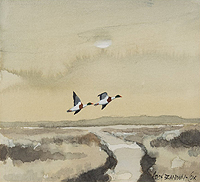 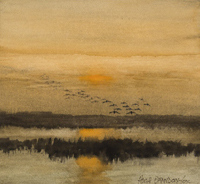 Hugh Brandon Cox
Coming in at Dusk a wonderful sight 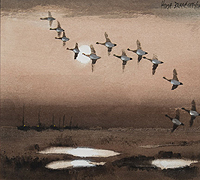 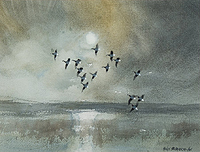 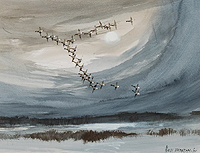 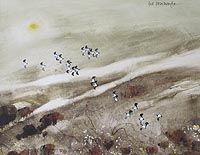 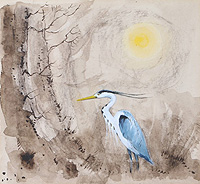 Hugh Brandon-Cox
Heron in the Sun 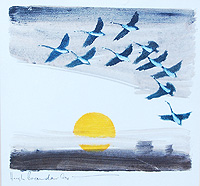 Hugh Brandon-Cox, who has died aged 86 in 2004, was an artist, explorer and writer inspired as much by the wildlife and wind-swept expanses of the north Norfolk coast as of northern Scandinavia.

Brandon-Cox wrote and illustrated a series of books about his travels in Norway and the Arctic circle and later wrote books which evoked the bleak grandeur of the coastal scenery and the timeless quality of the Norfolk countryside. In his later years he became equally well known for his watercolours of Norfolk country scenes and wildlife, which were eagerly sought by collectors.

Hugh Brandon-Cox was born on June 14 1917 at Elmstead Market, Essex. His father, Colonel John Brandon-Cox, a well-known naturalist and explorer, had been killed during a Zulu uprising in Southern Africa (where he was serving as District Commissioner) a few months before his only son was born. He remained an important influence on Hugh, who conceived a firm ambition to become an explorer.